In the third episode of Leap, a warm and cozy career podcast series by Startuplifers, we meet Lauri Hynynen. Lauri is a born entrepreneur, currently leading the product team at a startup called Matchmade. Here are some highlights from his story with Startuplifers to living in San Francisco and life since then.

Starting in the startup ecosystem in Finland

Lauri got involved in the Finnish startup ecosystem very early on, as a student at Aalto University. He was an active member of Aaltoes (the Aalto Entrepreneurship Society) and Slush. During this time, Lauri went on to found his first startup eXperQ, and then the second Tuubio Oy. But having run out of funding after a successful sprint, he decided to buckle down and start to work on his Bachelor’s thesis. However, life had other plans for him. After getting contacted by a Startuplifers team member, Lauri decided to take the leap to the world’s biggest innovation hub, Silicon Valley. That’s what led him to Backlift as a software developer in the spring of 2013.

Joining Backlift as the first employee

When Lauri applied to Backlift he knew it was a small company. But it was only during the interviews he realized that if hired he would be the first employee of the startup. That his only co-worker was in fact, the founder of the company. However, with the experience of founding two companies under his belt, Lauri welcomed the role. After all, wearing different hats, figuring things on his own, and stepping up to new challenges was in his DNA. After landing the job one of the first tasks he carried out at Backlift was to set up a concrete hiring process.

Lessons on entrepreneurship from the Valley

Lauri knew a thing or two about entrepreneurship before leaving for San Francisco. However, he admits that Silicon Valley was definitely in a league of its own. For starters, the ambition level was off the charts. Companies thought about going global and reaching billion dollars from day one. Lauri got a whole new perspective on stepping out of the comfort zone and reaching for the stars. Instead of reading about it on a blog or a magazine, he was actually doing it and learning more along the way.

Lauri’s story is full of the amazing discoveries he made in the city and the lessons it presented. Tune in now to listen to the full episode. 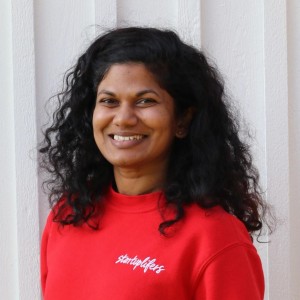